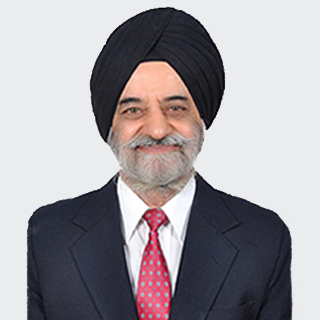 Mr. Raminder Singh Gujral is B.A. (Economic Honours), LLB, MBA (IIM Ahmedabad) and M.A. (International Finance/ Business – Fletcher School). He retired from the post of Finance Secretary (Government of India) in 2013. He has held various posts in the Central Government and has sufficient experience on functioning of CBEC and CBDT. He has held positions of Secretary (Revenue), Secretary (Expenditure) and Secretary (Ministry of Road, Transport and Highways). He also served as Chairman of National Highways Authority of India. He was also the Director General of Foreign Trade and Chairman of Board of Governors of National Institute of Financial Management. He also worked in the Indian Administrative Services for over 37 years.